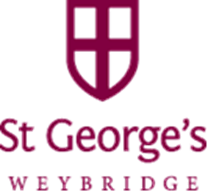 St George’s Weybridge was founded in 1869 by a Belgium Catholic order of priests called the Josephites and was originally based in Croydon. Within a few years St George’s had outgrown its Croydon location and in 1884 moved to the beautiful spacious grounds of Woburn Park near Weybridge. In the 18th century Woburn Park became famous as the first ornamental farm developed by its then owner; Philip Southcote. The acquisition of the St Maur’s site resulted in another phase of expansion and provided a new home for the flourishing Junior School in central Weybridge. Today, St George’s Weybridge educates 1,600 boys and girls from 3 to 18 years on the two sites.